She has sung on backing tracks including on the solo album for the late Michael Hutchence (INXS) as well as jingles and TV in Australia and the UK.

Until recently Heather taught singing and voice at the University of Surrey in PATS and the Guildford School of Acting. She was a singing teacher with the National Youth Choirs of Great Britain and has facilitated master-classes in singing performance with the Yehudi Menuhin School, the National Youth Choir and various other Universities and Schools in the UK. She was a freelance trainer with Resonance Voice Company, London, UK. Clients included: the Foreign and Commonwealth Office London, The Wellcome Trust and the Metropolitan Police.

Heather has recently returned to Australia. She currently offers Singing teaching, Voice training, Accent and Dialect coaching, Workshops and Master-classes – through her company ‘The Art Of Voice’ and is also a examiner for the AMEB (Australian Music Examinations Board) in singing and musical theatre singing. 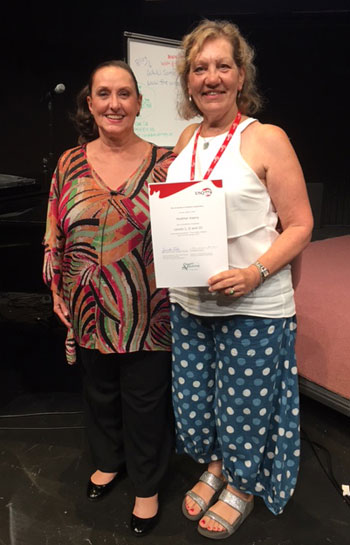 The Art of Voice